Spoiled. That is how we feel when we are home sometimes. This month we were able to speak several times. Before speaking Sunday morning the 8th in Prattville, AL the Pastor took me to the LSU-Alabama football game. That was fun! The 22nd we spoke at our church in the Chattanooga area, Cloud Springs Baptist in Fort Oglethorpe. Then the 29th we were at West Huntsville Baptist. This is the church that sent a group down to Brazil last year. It was great seeing all of them. Each church has been a blessing to us and we really feel encouraged each time we visit.

Holidays are one of the few reasons we chose to do a furlough at this time. Thanksgiving was great. Evie and Anna Claire were with their cousins 75% of the week and loved it. Now it is the Christmas season and we are glad to be here with family. We were even more excited when we found out that Sarah’s sister Anna and her family will be home from China for Christmas. Then after Christmas we will be headed north to Michigan in hopes that Frozen will be replicated for our Elsa and Anna. It is looking like most of my family will be there and we are looking forward to some tubing, New Year’s parties, and family time.

This month I also went to the NextGen Leader’s conference in Miami. There were around 75 leaders representing 24 different countries from all over the world there and the week really impacted me. I have written a couple blog posts about some of the ideas during the week if you want to check them out by scrolling down after this update. The conference addressed soul care, prayer, discipleship, mentorship along with other tools to use as leaders in different capacities.

This month I have also used to work with Maicol Venter, an ABWE Brazil colleague, on our Servant Leader’s project. We are building a resource website for churches to better train leaders. Pray for us as we find materials in Portuguese, translate other materials and put together a site that will be helpful to churches around Brazil. We are excited about the direction it is taking!

It is the end of the year! If you want a nice tax deductible giving opportunity; we have one that is paying more dividends than usual. The fence/wall around our training center/church property has begun and the exchange rate is almost 4-1. It is double the average it has been during our time in Brazil. A video of the architecture project is towards the end of our furlough video if you haven’t seen it yet; click on the link and check it out! This month we have received $5500 so far in gifts toward the project!

Merry Christmas to all and to all a great December.


David, Sarah, my summer girl that lamented having to wear long sleeves and pants all the time and is grinding out 1-2 Christmas present projects per day, and our energetic little one that is speaking clearer everyday now and enjoying life on the farm with the cats she picks up and dog she hugs but is bigger than her.
Posted by David and Sarah Carrel at 5:54 PM No comments:

The goal in disagreement

Last week I was at a conference full of content; and although I would have liked for all to have been there, that wasn't possible, so here is another phrase to talk about: 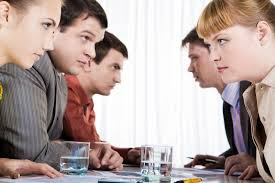 "The goal in disagreement is not compromise, but what Jesus says."

I can't tell you who said that (for security reasons), but he discussed some deep thoughts. He talked about n=1 which basically says that there are a certain amount of minds in a room. In a marriage there are two; in a small group there are 4-8; in a church there are who knows how many, but usually a lot of different people with a lot of different ideas. So finding a compromise is difficult. But when you do want to find a solution, generally you want to appease as many as possible...and actually make a sensible decision. This is difficult to say the least. So what do you do? n+1 says that you need to reach the mind of the +1 or the mind of Jesus.

This makes a big difference in our decision making. Plans usually have ulterior motives, but when you decide what Jesus would decide, then it is hard to get to those motives. Now deciding the mind of Jesus obviously means much study of what He would do.

Another phrase that speaker threw out briefly was "love trumps humility." I am still trying to sort out what that means in my different situations, but it has to do with decision making. I can't use a great characteristic like humility to get me out of what I know I should do out of love for God and love for people. I think of passing in basketball. It is a great thing; except when you have the ball wide open with a great look in a good shooting zone for you. You may think that the humble thing to do is to pass it and give up the glory found when making a shot, but that is not the right thing to do. Your coach and team want you to shoot it.

I prefer to be in the back of the line when it comes to serving food in large groups. Mainly because I look humble in waiting for everyone else even though I know I just do it so I won't feel bad about taking as much as I want of whatever I want because everyone has had their chance. :) But sometimes no one wants to go first and the loving, serving thing to do is to go first.

So look at your decision making and first of all find the mind of Jesus. Live His life of humility, submission and obedience!
Posted by David and Sarah Carrel at 9:13 AM No comments:

This past week I went to Miami for a conference called the Next Generational Leader's conference. I was not sure what to expect out of the week, but I received more than I thought I would. There are many phrases and conversations that impacted me during the week and I was able to implement them into my message Sunday morning and it was really neat.

One speaker said the following phrase: "Do we measure our discipleship by how much we love Jesus or by how much He loves us?"

That one stuck with me quite a bit. I think our "do" culture places emphasis on the actions of being a Christian and our sermons tell us what we need to do to be a good one. It is good to do, but it is more important to be. The gospel tells us that God is great, we are made in His image and responsible before Him, but we mess up and sin and deserve death; but Christ came down, lived a perfect life and then took our place on the cross and those who have faith in His work, repent of their imperfect life and trust in Him will receive eternal life. The first part of the gospel and Isaiah tells us that even our best works fall short. It is not about what we do; it is about what God did through Jesus.

So instead of focusing on ourselves in our trying to be like Jesus, why don't we focus on what Jesus has already done for us. :) It might just help.
Posted by David and Sarah Carrel at 9:43 AM No comments: