“Should we ask for people to pray?” Obviously prayer is good in most situations but you also do not want to scare people when you do not have to. My dad came down for football camp and had gone to Recife with our colleagues Roger and Marcy Smith. I would have taken him had we not been in a crisis in Brasil. 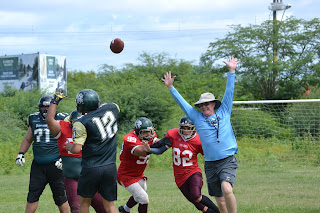 Last Wednesday I was headed to Recife to receive the group of football coaches that come every year. We had heard that there was a strike and some road blockades. Roger and Marcy had come to Arcoverde the previous day and said they had been able to come ok, but that there was starting to be some gas shortages in some interior towns. I was not worried as I had enough gas to arrive in Recife where the gas stations were fine. Halfway into my trip I received a call from another colleague Dan Cook. “Fill up as soon as you can, I just passed four gas stations with no gas and the other one had a really long line.” Messages started pouring into my Whatsapp, “Find a gas station quick!” 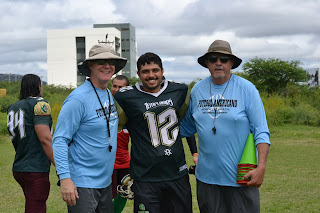 A few minutes later I found a gas station with about 40 cars already but a good amount of gas pumps. I pulled to the right and within twenty minutes had an overflowing tank. After sending a few messages that I had gotten gas I headed out at a much more relaxed gas saving pace. That night news was already coming in of closing airports and gas shortages due to a trucker strike. Blockades were being put up on roads where tires were burnt and the highway would close down.

Much to my relief my dad and the group from West Huntsville Baptist Church made it in. Our other ride made it as well and we headed out. My car got stuck behind one tire burning that took thirty minutes to clear, but beside that the other blockades were peaceful and let us through. 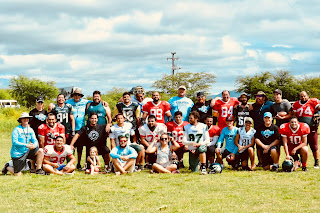 Our popular international football camp had not seemed to popular this year for some reason. We moved from our normal spot at a camp in Recife to host it in Arcoverde. Once the strike happened we knew why God had allowed that move. We would only have players from two other teams beside our own team. Fortunately we set up a couple other opportunities for the mission team.

On Friday afternoon we went to the English school Fisk with whom we have a great partnership. All the coaches talked to the students as the students had prepared some cultural foods to show the coaches. Then Hoss (who played offensive line in the NFL) talked to the students about football and God. That night we had our first of four practices. Saturday afternoon we opened up to families and had three football games going; kids, women and men. We had a great time. At night we opened up a time of testimony, music and questions and answers to our church group and the team. We had some great questions and topics and Hoss shared his testimony as well. 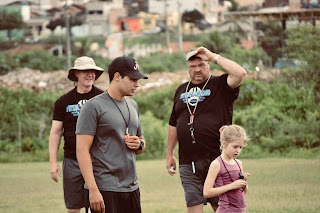 On Sunday morning as we had practice Don shared a very clear presentation of the gospel. There were some great comments on how impactful the times of talking were for these guys. Pray that they would put these truths deep within their hearts and decide to havce a personal relationship with Christ. Our team has been on rocky waters this year and I told the coaches to speak as if it were these guys’ last chance to hear the gospel and they did.

The whole weekend we were not sure what would happen with the airport, or gas to get home or rides. The coaches were great about being flexible and we tried not to stress, but we did really wonder what would happen. The guy who said he would do it was stuck in Recife and so we had plenty of plans and back up plans. Two big trucks came to pick up our coaches and then my dad’s flight was later and so he stayed and was able to go to our Sunday night service. He then caught a ride with Roger and Marcy on Monday morning. 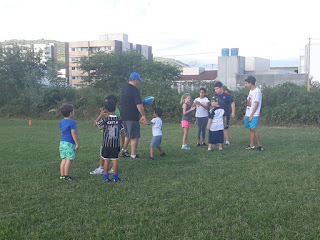 When they arrived in Recife he decided to go for a walk to the beach since he had the rest of the day. He said he would be gone for an hour or an hour and a half, got directions and phone numbers and headed out….the back door by accident. He then went the wrong way to the beach and took an hour and a half to get there. By then he was tired and took a little nap after going for a swim. On the way back he got turned around again cause he had probably gone to the wrong spot. He asked for directions and even to use someone’s phone to call Roger and Marcy, but it wasn’t working.

Roger called me after three hours of him being gone and asked if he should be worried. He then went out on foot looking for him. No one had seen him at the beach. After a while he got his bike and our friend Carlos did as well. They rode around for a couple hours. Meanwhile we had the dilemma of asking people to pray which would certainly spread across social media quickly or keeping it to ourselves. Prayer is a good thing and so we asked a couple groups to pray. It spread like wildfire and now my dad is the most famous person in Recife. :)

After being gone for a long time my dad found a taxi that took him to a nearby hotel where they recognized him and pointed him in the right direction. He had been gone for six hours when he arrived safely at the apartment much to the relief of many people. It was neat to see how many people were very helpful with prayers and spreading the word. Many people knew policeman or fireman or others that would be able to be on the lookout for him. 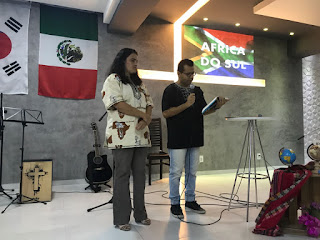 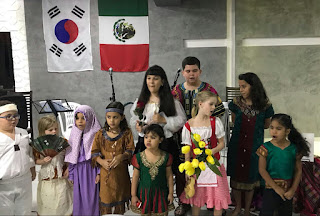 The gas situation is still bad here which trickles into other areas. Please pray it will be resolved soon; especially before our other missions team arrives in late June. They are coming to teach flag football. Right after that trip we will leave for the US for several weeks to attend a conference and have family vacations. We are looking forward to that!

Your prayers and God’s sovereignty give us so much peace as we are here. Thanks for all you do in partnering with us to reach Brazilians for Christ and so they can reach others! We had our church’s first missions conference this month and it went really well!


David, Sarah and our little flag football players that have helped coach and have played. Also, Evelyn just finished second grade and so in August we will have a third grader and kindergartener

Posted by David and Sarah Carrel at 4:55 PM No comments: