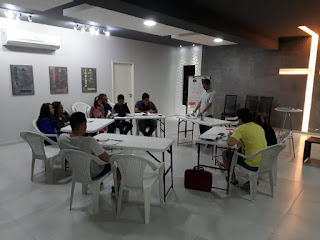 One more meeting to go with Romildo and Eduardo as they finish up the Story of Hope. Pray that God will give them direction in their lives. They have been faithful and really into the study. I started teaching the Story of Hope in English with them and they have really enjoyed it. I have enjoyed it as well, so much so that we decided to do another class of it on Wednesdays from 7-8 at night right before we do our Servant Leaders class. This week we had eight in both English Story of Hope and Servant Leaders where we are studying Bibliology! 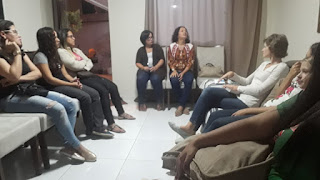 Church has been going great since we have been home. We have a great group that welcomed us back and then we gave them a break in some areas! They had worked hard while we were gone. We seem to be a normal church in that there are marriage issues, sin problems and other struggles. Fortunately they are mainly a great group of people, but we all need prayer as we seek together how to be more like Christ. The women's prayer group has been going very strong and they beg to have more and more!

This week culminated a decision I have been working towards since the beginning of this year. The football team has had a low commitment level all year and with all my other responsibilities growing where people wanted my time, it seemed unwise to spend a good bit of it on a group that did not really show they wanted it. The team has been a great ministry for us and I enjoyed it while it lasted (well, up until last year) and I felt obligated to continue with it due to various reasons. Yet I have been at great peace with being able to let it go. Some of the group have taken the team under their wings and we are cheering for it to keep going despite a tough economy and time and culture to have such a commitment. 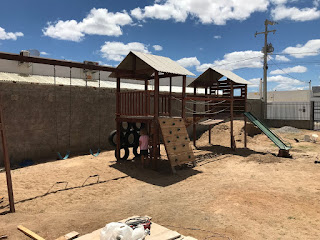 This month’s project has been making the playground safe and ready for lots of action from the kids. They love it already and we haven’t even got the slide up yet! Hopefully that will be up this morning and the playground will be safe and ready to use Sunday night. We still have a bit of work to do on it though. We have had a few people coming out, volunteering their time to help out. One who has not done as much time on the park but has focused on taking care of the grounds is Seu Nino. He has been a huge blessing. Seu Nino never liked church even though his wife and family were in church. In December his wife of forty years separated from him. In March or April he started coming to church and since then has been very faithful. We just started going through the Story of Hope and he has even come to Theology class.

In October we will have a couple small groups coming to visit us and do some activities. We are excited about them and working on the preparation. One church, Calvary Baptist of Raleigh, is coming with their Pastor David Frye. They are doing a “scouting missions trip” in which they will do ministry, but also familiarize theirselves with the area in order to bring a bigger group next summer. One of the ideas we have is to launch the church in Tupanatinga with their help. We are working on what that looks like. The study group has been strong with several faithful families, but we have been meeting in smaller living rooms which makes it hard to really grow.

Another reminder that we will be in the states from November 20- March 20. If you would like us to visit, please send me a message! The girls will be doing homeschool, so it might be a little tough for them to travel too far, but please message us to work out the details!


David, Sarah and our third grader Evelyn Grace and our little kindergartener Anna Claire.
Posted by David and Sarah Carrel at 7:50 AM