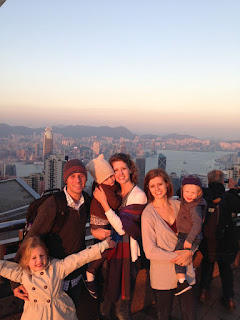 We just took a two week trip to China a couple weeks ago and I noticed a few differences than my previous conceptions about China and thought I would share them. Of course, it was only two weeks in just a couple of towns and so it can in no way be for sure; so I wouldn't state these all as facts, just my opinion.

1. Dangerous. My first thought about Sarah’s sister being in China is that she is in grave danger. But there is little dangerous crime in China. The Chinese are not really violent. Honor is very important to the Chinese. So to be caught doing anything dishonorable would be very shameful. So while they may do petty thefts at the right opportunity, the major stuff is not too common. Even in the sense of not allowing certain religions to act. They may not allow it, but they are not going to imprison foreigners for doing anything; worst case scenario would taking away their Visa. It seems that living in China is much safer than living in South America. (not a fact, just opinion).

2. Food. Chinese mainly eat dog and cat. Not necessarily true; it seems they ate more chicken and pork. Although I did find out that dog is acceptable in the winter months because it is a warm food. I didn’t really see the grilled scorpions and cockroaches, which does not mean they don’t exist.

3. Everything is made in China. Not true. Just 99% of things. The ports in Hong Kong are huge! Lots of containers all over. There is a lot of money in China too. I am sure there are parts of China that are poor, but it seems like the Chinese are doing alright for themselves. 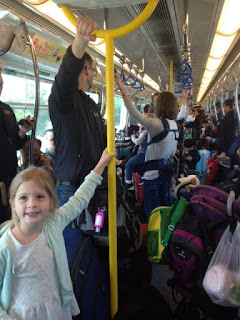 4. No structure. Well, I guess I shouldn’t label this a misconception since I hadn’t heard anything before about the structure. But China seems well structured. Sarah and I were amazed by the complexity of the cities. How difficult it must have been to have an adequate transportation for so many people. There are a lot of people in China. All over. Traffic could get pretty heavy; trains were loaded and buildings were everywhere.

5. Everyone looks the same. We all have this idea about Asians that they all look alike. But in my experience there were all kinds of different people in China and they did not look alike. I thought that interesting especially since we have that misconception. It is neat to know that God has made us all different and loves us all the same. There are so many Chinese and God cares for each one of them!

A couple other notes: There are people people everywhere! Not many speak English; I thought a lot more would.

Note:Both these pictures were actually taken in Hong Kong on our way out of China.
Posted by David and Sarah Carrel at 7:20 AM